I picked up a couple of folks on Congress, Saturday morning at about 3 AM.
Dressed quite provocatively in leather, netting and lace, with nose rings, tattoos, and other accoutrements, I wasn’t surprised when they told me they were performers. 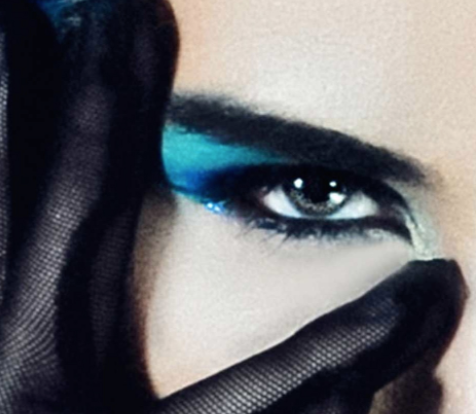 In fact, they had just finished headlining a show and were literally “running” to escape an unruly crowd that had gathered.
People were calling them names like “faggot,” and “homo”, spitting at them and throwing hard objects their way.

A girl and a guy, they were both quite shaken up. I spoke with the guy, because the girl was on the phone recounting the incident with snarling indignation.  They guy was going on about how he was going to sue the city of Austin, SXSW, etc., etc., for reckless endangerment, assault, defamation of character, etc., etc.

As a citizen of Austin and a participant in SXSW, I apologized to him profusely, and urged him to pursue all legal possibilities to correct this obviously horrendous behavior.  I also assured him that the vast majority of Austinites are not like this, and that the people who abused his troupe were most likely NOT from Austin but from points north, south, east or west.

The guy calmed down a bit, but continued to say one thing as a preamble to every rant.  It was something like this:  “I’m L. A. royalty!  They don’t know who they are dealing with. My family is one of the richest in the world! I’m an internationally known recording artist!  I was signed by Michael Jackson and Lada GaGa. “

Once he calmed down a bit, the conversation got interesting.

I put forth the opinion that “this type of behavior is happening a lot more often now, ever since our President made it OK by bragging about how he routinely sexually assaults women, how he makes fun of crippled people, calls parents of fallen soldiers “losers.”  He’s legitimized bad and abusive behavior, and things are devolving into what you experienced today:  rednecks attacking artists like you just because you look different or have a different lifestyle.

At first, the guy agreed with me.  But then he said something that surprised me.

“I love Trump! ”  he said.  He went on to tell me how he had worked with Trump numerous times in his life, and knew him personally.  Trump had been instrumental in his own rise to stardom. Trump and his family had worked together on numerous charitable events, and the loyalty and ties ran deep.

“OK, I can respect that,” I said.  “Trump is no doubt a fantastic businessman and very loyal to his friends. But. Do you agree with the things he’s saying and the policies he’s promoting?”  I was genuinely interested.

“Which POLICIES?” he asked.  Getting a bit hot under the collar, now.

“Well, I don’t want get all political on you,” I said, giving him a chance to NOT get into a political discussion.

” See? Nobody will really talk about the details. They just like to rag on Trump with no specifics,” he said.

The chalice was thrown, so I weighed in.

I started going down the list of strange things that Trump’s administration was doing, and he seemed very surprised.  You know the list.

The AHCA about to pass, resulting in over 24 million additional people losing health coverage, and even higher premiums than Obamacare.

Ending the Dept. of Education.

Killing the National Endowment for the Arts.

His jaw continued to drop more and more as I gave him the short rundown.

He had heard about this one!  “The wall is ridiculous,” he giggled. ” It’s never going to happen. Everybody knows that.  My father…”

I countered. “Well, if you and all the LA Royalty and Trump’s friends know this, why is Trump still asking for over $4 Billion from Congress to build it?  Why is he on TV and Twitter daily continuing to insist that it’s going to be built?”

“Well, its insane.  But nobody in the public eye will say that word. I’ll grant that he’s had great success in business. I bought 2 of his books.  But as president? Uh uh.” I was incredulous.

The guy then admitted that he had been out of the country on tour and hadn’t really been paying attention to the election or the presidency of the Donald.

“Well, you should catch up,” I commented.

We were getting close to his destination, so it was time to wrap this up with a call to action button. “I’m concerned about Donald, and as his friend, you should be too.  I think he’s coming unhinged.  He’s lost his way.  He needs help.  There’s even a name for what he’s experiencing, and its “disinhibition.”  Its in the Diagonistic Statistical Manual of Mental Health.  (DSMH)  You can look it up!”

“And check up on the guy.  You’re out here getting mauled by outraged people, probably among those who voted for him.  He needs to know the truth,” I said.

I dropped them off at their hotel, and we were on good terms.  We shook hands and wished each other well.  He said he was going to look into this, and I encouraged him to try Austin again because it’s really not all made up of abusive rednecks like the ones he encountered.

I Was In The Presence Of The Ruling Class

It was later that I realized that I had actually had the modern day equivalent of Marie Antoinette in my car that night.  Here was a living, breathing member of the 1%, the elite of the elite, one of the Chosen Ones who rarely descend from their earthly mansions to walk among the scurrilous unwashed. Although very charming and interesting, to my surprise, I found them to be so entirely separated from reality that they were surprised that the 99% were upset about anything, and completely bewildered that anybody could have a problem with Trump as president.

I just hope I did an adequate job of representing the 99% in this rare encounter.

To my strange and creative acquaintances of last night,

I wish you well, and I encourage you to look around and feel the outrage that is growing in this country.
Tonight, you saw a glimpse of how things could change for you and your ilk.
If you think you’re somehow immune to what’s going on in the world at large, Google “The French Revolution.”