No matter how despicable you may find President Trump to be as a human being, you can’t deny that he is a catalyst for change. If you look at the definition of catalyst, something interesting comes to mind:

a substance that increases the rate of a chemical reaction without itself undergoing any permanent chemical change.

“the governor’s speech acted as a catalyst for debate”

I’m not talking about a chemical reaction here, so the metaphorical use of the word applies.  The difference between this use and the chemical reaction is that no thing or person in the real world escapes the consequences of their actions. For every action there is a reaction.

Trump will pay for his sins, sooner or later, as we all do.

However, if you’re tired of  jumping up and down about how horrible he is, look at some of the opportunities that are being created and,  like a good capitalist, notice that YOU CAN do many things that is are positive, that help support an agenda of sanity that includes a response to the threats of climate change, the problems of impending nuclear war, the refugee crisis, the immigration crisis, etc., etc., all of which Trump seems to be on the wrong side of.

For example, look at the upcoming 30% tariff on solar panels and washing machines. 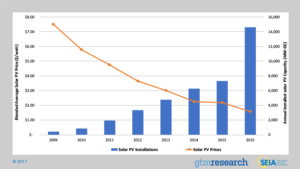 This is directed in a large part at China, which is by far the world’s largest supplier of these products. They can produce solar panels (or any product, for that matter) much cheaper than the US, due to the undeniable fact that they are a totalitarian regime that pays its workers slave wages, manipulates their currency to artificially control prices, ravages the environment with few safeguards in the mining of the r 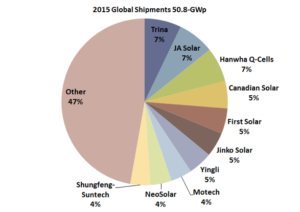 aw materials and the manufacture of the products.  It’s hard for an American company to compete with this because such tactics are ILLEGAL in our country, and should remain so if we are to continue to live in an environment that provides clean air, water, and the natural beauty that we so dearly love.

The crazy in this is that, while introducing the tariff, Trump is also trying to undo every environmental protection we have in the US and make us more like China. Anyone in their right mind should be able to see that this is the path to destruction for the entire planet.  We’re all living on the same chunk of rock, here, after all.

We can’t change China.  They’re going to do what they’re going to do, which is to try to dominate every market they enter.  They are a dictatorship acting like capitalist country, and an insidious competitor indeed.

Although the tariff may cause a short term supply crunch and rise in the price of solar power installation, in the LONG run, it will result in an increase in American manufacturing of solar panels,  because China can’t really sell theirs much cheaper than they are now.

As the small, struggling US solar panel manufacturers ramp up to fill the demand, their efficiency will increase, their prices will fall, and the goal of returning good paying, steady manufacturing jobs to the US will be achieved.  (Hey, I bet the solar panel industry could put a bunch of ex-coal miners to work!) 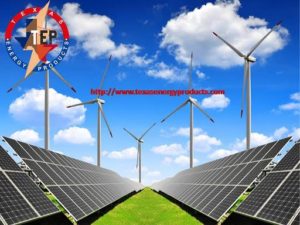 As an sane American, if you want to share the wealth that this will create directly, and sooner rather than later,  then I recommend that you INVEST in American solar panel manufacturers and related businesses.  They need capital to grow, and you will be rewarded handsomely if you provide some of it.  Do some research, pick a company or two, buy some stock.  This way, you become a part of the solution on a global AND personal level. Not just a heckler. 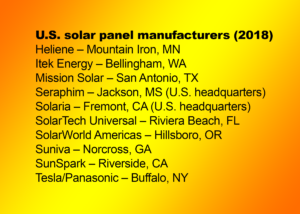 Open a brokerage account at TD Ameritrade, or Etrade or Schwab or whatever you like. Google “Investing in US solar panels” for starters, and invest in something!