By most reports, the NRA has a war chest of money exceeding $350 MILLION. Around $50 Million of this is spent every year in various lobbying efforts and donations to candidates that support the NRA cause.

I have an idea.

It came from listening to President Trump’s idea to have all teachers start packing concealed weapons, and possibly have locked gun cabinets in classrooms where, I assume he envisions third graders taking out their own AR15s to fight back whenever another Cruz cruises by to shoot up the school.

Maybe these ideas would help.  It would certainly make for some good TV.  Instead of helpless, frightened children running for their lives, at least you’d have a good old fashioned shootout.

Another idea that is floating around the internet is utilizing all the out of work VETERANS to protect the schools.  But these guys need to be paid.

However, I see a grand opportunity for the NRA to do something with their money, and come out as the hero that saves the day. 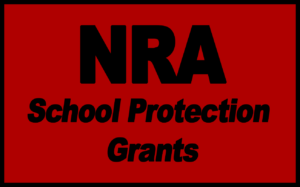 I propose that the NRA set up something I call “SCHOOL PROTECTION GRANTS.”  Any school could apply for the grant.  It would cover the salaries for a full time, armed protection force of retired Veterans to work as security guards for a school. Schools could apply for whatever number of guards they need, based on the size of the school, the number of doors that need to be covered, etc.  Any teachers that want to participate in the program could also apply.  They would be paid a “part time” stipend for their participation, and all related expenses would be paid as outlined below.

The grant would cover the cost of:

And, with proper press coverage, it would also create a huge surge in memberships and increased donations to the NRA.

Put your money where your mouth is, NRA!