https://goo.gl/images/K2U8DA
There is only one issue that anybody, anywhere on earth should be worried about right now, because it is the one thing that could END LIFE AS WE KNOW IT.

It doesn’t matter whether you believe it is because of dinosaur farts or cattle feed lots, burning fossil fuels or a cyclical thing that’s beyond our ability to see the reasons. 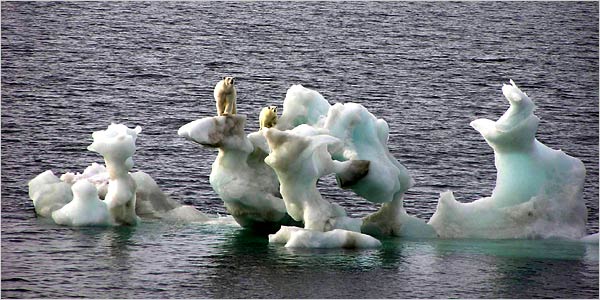 We are looking at major changes in life on earth in the very near future, and even those who don’t “believe in” climate change, (like its Santa Clause or the Devil), if you live in Miami, or New Orleans, or New York City or Corpus Christi, and a thousand other coastal cities, you better start researching a new place to live RIGHT NOW.
The Trump administration, unfortunately, has its head in a cloud of carbon monoxide on this.  But, our New and Fearless Leader has changed his position on other things in the past, and I have hope that maybe he isn’t a fool who wants to pretend he’s asleep, (which makes him impossible to wake up.) And that, once he actually SEES the actual science, actually goes up to the Northwest Passage and sees the ice sheets falling apart, and flies over Antartica and sees how it’s shrinking, and all the rest of the incontrovertible evidence that, yes, the times they are a changing, then he will then instruct the appropriate cabinet members to redirect their attention to the REAL THREAT, and stop rearranging  the chairs on the deck of the Titanic.

Nothing matters if you have no land to stand on and no clean water to drink.