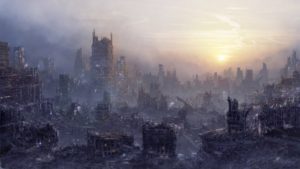 I went to see “Blade Runner” the other day.  I’d resisted going to see it because it was so damn long.  It was too long.  But, I’m glad I went, because it got me to thinking, which is usually a dangerous thing.

These days, just about all I think about is Why The Hell Is Donald Trump President? I guess I’m a bit obsessed with it because it just doesn’t make any sense to me.  It never has.  I’m glad to see that this point of view is beginning to catch on in Washington, but so far, every time I check the news, he’s still president.

Why would the movie Blade Runner make me think about Donald Trump?

I read an article in Vanity Fair recently that was frightening.
https://www.vanityfair.com/news/2017/11/usda-food-stamps-school-lunch-trump-administration

It described what was happening in a few of the federal agencies, such as the Dept. of Agriculture, the Dept. of the Interior, the Dept. of Energy, and the Environmental Protection Agency since Trump’s arrival.  It described how all these very important departments had prepared diligently for the transition teams to arrive from the new administration, only to be left like jilted teenage girls whose dates never showed up to take them to the prom.  There were no transition teams.  Nobody showed up to take over these departments and continue their missions.  In a few cases, maybe a guy showed up, totally unqualified and uninterested in his job. He only had one thing on his “to do list”:  to fire any scientist that has anything to do with climate research or “global warming” research or monitoring the environment or anything to do with environmental protections.

What is very clear is that Trump is systematically trying to undermine or do away with any governmental involvement in environmental research or protection.

Although I found this beyond appalling – criminally appalling, if there is such a thing, the reasoning behind it had always escaped me.  I couldn’t make sense of it.  Why would a President NOT want to know what is going on with our Earth?  Why would a leader NOT want to support efforts to predict hurricanes, forest fires, earthquakes and tornadoes?   Until I went and saw Blade Runner.

Blade Runner happens in a post-apocalyptic world where the environment has been totally destroyed. The climate is in some sort of nuclear winter, the landscape is devoid of any plant or animal life, and mankind’s biggest problem seems to be in continuing to exist and differentiate itself from manufactured humanoids who are so similar to actual humans that it you have to slice them open and see if any of their body parts have serial numbers or other trademarks.

It’s a bleak world, where humans wander around in various states of intoxication, being bombarded by constant advertisements and solicitations from holo-hookers, real hookers or cyborg hookers.  All women are hookers unless they are cops.  All men are cops or gangsters, or pathetic, lumpy marks for the hookers.  The most dominant thing you see are these huge logos of the large companies that are plastered everywhere in bold vibrant holographic color:  SONY is the most prominent.  There’s also Pugeot.  And others, I can’t remember.  I’m kind of surprised that TRUMP wasn’t one of them. But this would probably have gotten the movie pulled from distribution.

Or maybe not?  Maybe TRUMP would have been proud to see his name plastered above the festering, futile, future fantasy fuckup that is the world of Blade Runner.

Because, the future presented in Blade Runner is exactly the kind of future that will occur if Trump is successful in doing away with environmental research and monitoring, as he is so diligently going about.  Obviously, this is OK with Mr. Trump.

What WHACKED me upside the head is that Trump (and his ilk) sincerely believe that a world without forests and wild animals, clean water and air, is inevitable, and thus, acceptable.  And the quicker we realize this and just get on with controlling as much we (America) can and getting as rich as we can, at whatever cost, the better.

The same reasoning applies to North Korea and its nukes.  Trump will continue bullbaiting Kim Jong Un until this lunatic launches a nuclear weapon at someone.  Doesn’t matter who.  Because, as soon as he does, we’ll unleash our entire arsenal at him.  NK will be laid to waste:  nuclear waste.  So will South Korea as well, and maybe Japan. And Bejing?  Well, Bejing is only about 500 miles from Pyong Yang, North Korea.  500 MILES!

So you think China won’t fire their nukes?  At who?  AT US!  U.S.  So we don’t really have to fear the as yet unrealized ICBM capabilities of North Korea. It’s CHINA that will be nuking us if we nuke North Korea, even though we’re supposedly their allies.

This is all complete insanity.

And all the while, we have our idiot in chief, TRUMP, over there stomping around, the laughing stock of the Eastern World.  TRUMP, throwing every past administration of the U.S. under the bus, with the threat that he’s going to undo all past wrongs by forcing all these countries to deal with the U.S. more fairly in the future.  Trump has no support AT HOME, and no support abroad.  https://www.youtube.com/watch?v=6Hlw_9ldThs

I know how hard it is to admit when you are wrong.  I also know how tenacious one’s unreasonable beliefs can be.  Once you give your support to a cause, you become invested in its success, and it is painful to change your mind and withdraw your support, no matter how egregious the sins are, no matter how obvious it is that the object of your admiration has betrayed your trust.

TRUMP IS HERE TO USHER IN THE APOCALYPSE.

I don’t believe that the bleak future of “Blade Runner” is inevitable.

I believe that there can be a bright and everlasting future for mankind on planet Earth.

Battle Lines Are Being Drawn

It’s time to chose which side you are on.